A Week at a Health Retreat in Mexico

I’ve just spent a week at a health retreat in Puerto Escondido, South Mexico. I chose The Sanctuary because it was only about £12 per night, my kind of price. For this you got all your meals, accommodation, activities, meditation and yoga. You just had to give two hours of volunteering which could be anything from painting to cooking to cleaning or gardening. 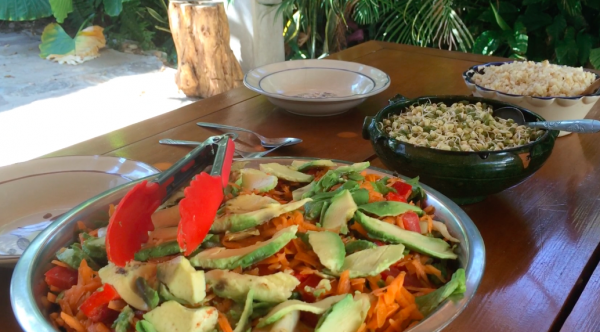 My day looked a little like this…
6:20am meditation
7:30am yoga
9am breakfast
10am chores
1pm lunch
Free afternoon to explore the beach and Puerto Escondido
7:30pm dinner
8:30pm activity – could be a presentation, a film or even salsa classes.
10pm lights out and silence
It was a pretty intense week and my mind was opened to all sorts of different lifestyles I didn’t know anything about. I’m not really a spiritual person so it was great to hear about other people’s spiritual journeys and what had led them there. Some of them had been through some really traumatic stuff. 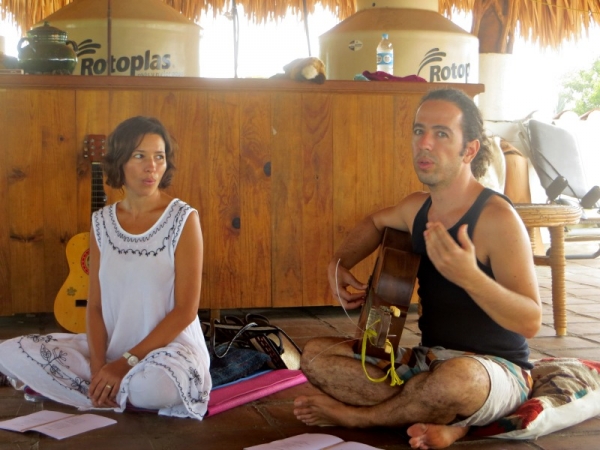 The best thing that I got out of it was probably the nutrition advice. I lost 8lbs when I was there, that’s crazy isn’t it?! Every morning we’d have a vegetable juice for breakfast with nothing else added. For lunch it would be an amazing big salad, maybe some carrot falafel balls, soup and a few other side dishes. It would all be raw vegan. There was no meat, no sugar, no bread, no alcohol, nothing added and only cooked to a minimum. It was absolutely delicious. Evening would be leftovers, which wouldn’t ever be quite as delicious but I’d be so hungry by the time it got round to that I wouldn’t care.
I feel like the week really shrunk my stomach, and showed me normal portion sizes. And a better amount to eat. You don’t have to stuff your face to be full. It also showed me you don’t have to eat meat to feel like you’ve had a proper meal. In fact, even though I’ve been out a few days I still haven’t eaten any meat. I thought I’d find it really hard to go a week without it but I barely noticed. Could this be a new veggie me? 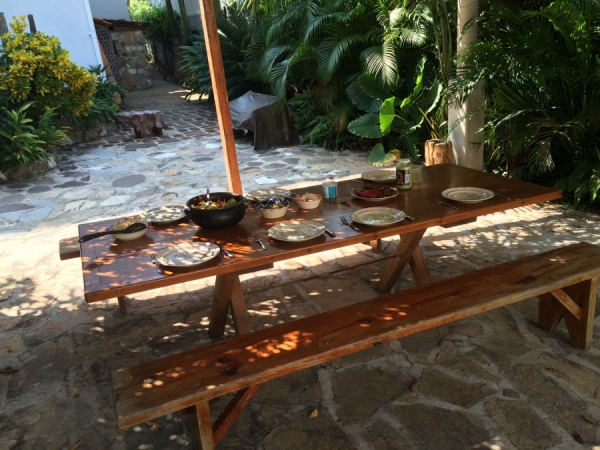 One of the other ‘big experiences’ I had there was to do my first enema. So, err, this basically involves washing out your insides with water via a hose up your bum. Some of the people at the retreat swear by it and say it should be done regularly to keep you washed out. I wouldn’t fancy doing it all the time, no way. But the two times I did it while I was at the retreat were definitely enlightening. 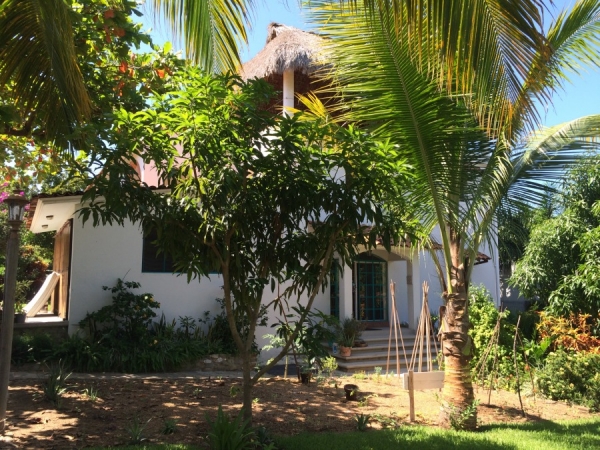 Compared to the crazy week before at the Day of the Dead Festival, the week at the retreat was a great opportunity to chill out and relax. It was a really cool big house with a roof terrace, huge bathrooms, a really nice garden and only a five-minute walk to the sea.
Definitely a week I’ll remember forever where I learnt some pretty cool new things about life!