A Weekend in Guadalajara, Jalisco

Just had a brilliant weekend in Guadalajara, in Jalisco, Mexico. I met a new friend in San Pancho, Mayaan, and she invited me to stay with her in Guadalajara. I’ve had a brilliant time getting to know her and her friends here. They all seem to have such cool lives. She’s studying Spanish here and is friends with all the ex pats. On Saturday we went for a drink in the centre and then went out. We were out all night going from house party to club to house party and back again. Didn’t get to bed until 7amish. 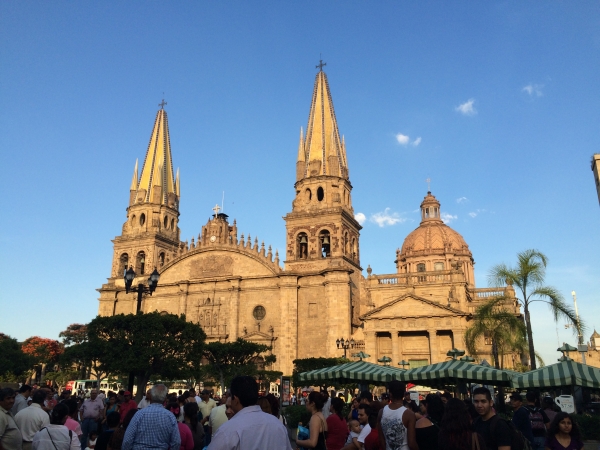 It’s so good getting to stay with a local – a totally different experience to if I was just here by myself.
Yesterday I was really hungover – think it was the mix of beer and tequila that we were drinking. We decided to go to a festival in the city, which was crazy. Full of kids, loud noises and stinky food. After the hour-long queue I was starting to feel ok and then we went on one of the fairground rides and I thought I was going to spew. It was one of those where you’re like on a claw and it bounces you up and down. It went on for so long, so long. I reckon we were on there for about 5 minutes – he was just playing with us.

So after that I was pretty much out for the count. We had to go home. After a cup of good old Irish Barry’s Tea and watching The Hangover III I started to feel ok. Think I just needed to be away from all the stimulation of the festival.
By 8pm I was feeling much better and so we went to the nearby Plaza Expiatorio Market. It was by a church and filled with food stalls, drinks, handmade products and generally a great atmosphere. There was a special show on because of the October Festivals season and there was traditional dancing and song. It was a great way to top off the day. We went on a bit of a food cruise and ended up sharing four different things between us, plus a cake. 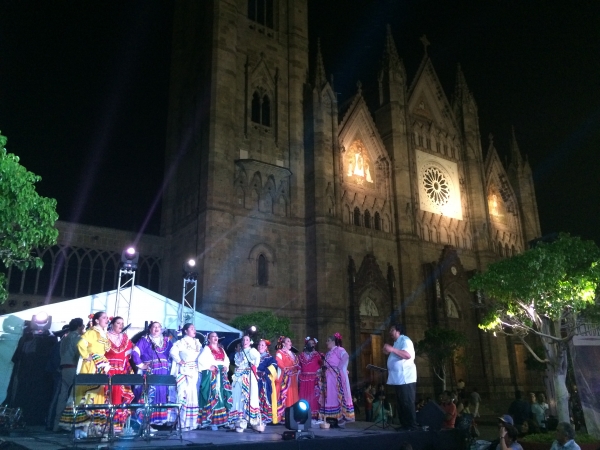 I’m really enjoying Guadalajara. I’m embarrassed to say I’d never actually heard of it before, even though it’s Mexico’s second biggest city. Bit gutted I’ve got my flight booked to Oaxaca on Wednesday now, but I guess I still have two days to make the most of so all good!