Don’t go to Mexico City on a Monday!

Last night I arrived in Mexico City to thunderstorms and what could definitely be described as rivers in the road. I treated myself to a taxi from the airport and as it tried to make it way through the ‘puddles’ they engulfed the car and you couldn’t see out the windscreen. It was pretty scary. The buses and land rover type vehicles passing us splashed the water all over too, and the sky kept lighting up. So glad when I managed to get to my accommodation in one piece.
Today I was up at 5:30am, jetlagged. I checked the weather and it said there was a 90% chance of thunderstorms all day. It lied and it’s been beautiful weather, thankfully (see Auditorio Nacional image below). But because of that I’ve restricted what I do, I’m never checking the weather again. 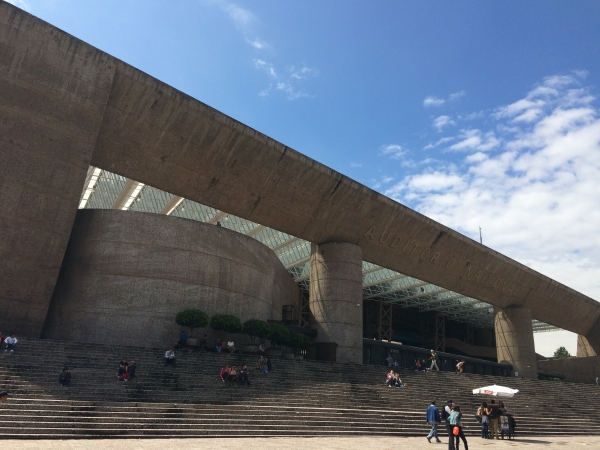 I was all excited to go to the Frida Kahlo Museum today, like really excited. But when I woke up I realised that it was Monday, and some museums around the world decide they don’t want to open on Mondays. Google confirmed this was the case. Devo. I’m only here for one day.
I decided to go and check out the Chapultepec Park, just by my accommodation. Took me a good ten minutes to cross the road, to find that that’s closed on a Monday too!
(Photo taken through the bars!) 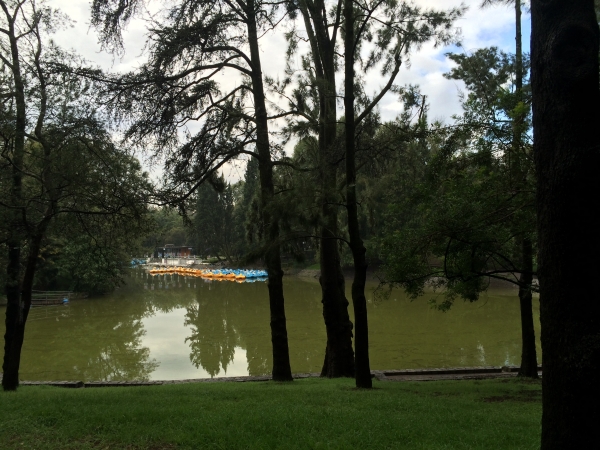 It looked well cool in there, I was all set on hiring a bike and cruising around to explore but the heavily uniformed guys on the door laughed me away.
I decided to walk the 90 minutes to Zocalo, the main square in Mexico City. Here there had obviously been some event over the weekend they were shutting down so you couldn’t actually stand in or cross through the middle. I walked all the way round though – the buildings in the square are incredible. It’s the second biggest square in the world, after the Universitetskaya Square in Moscow, Russia. 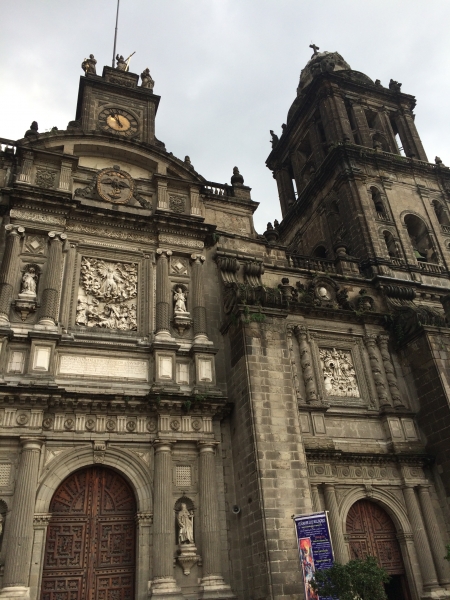 I went in the Metropolitan Cathedral there, also absolutely huge and one of the oldest churches in Europe, built in 1563.
I decided to get the Metro back as I was really tired from the walk and the flight. I was actually a bit nervous, just from what I’d read about the how busy it was and the gropey men. Along the way I’d also seen bus stops for women only buses, but I thought I’d go and check it out. I can always walk straight out if I’m uncomfortable. Turns out it was great! Better than the London Underground: spacious, friendly people, young gave up seats for old and no groping. I wouldn’t have any qualms about recommending the Mexico City tube to anyone – and it’s only 5 pesos, 23p!