Exploring Paris with my girlfriends

The first stop on my travelling adventure is Paris with four of my best friends. We arrived yesterday, although it seems ages ago now!
The Eurostar was a lot of fun. Helped along by three bottles of Prosecco between us all and some snacks. On arrival we walked up to our house, it’s on Passage Penal in the Montmartre area. As soon as we arrived we went straight back out again to explore the Sacre Couer. We sat there for about two hours just people watching and chatting. So nice to sit outside – that’s definitely one of my favourite things about travellling, just having the opportunity to be out and about rather than stuck in behind a desk. 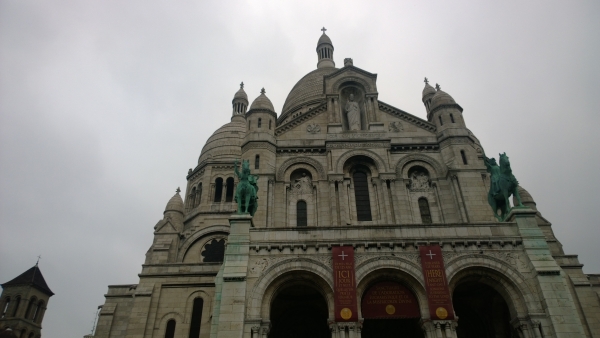 We saw this dude. He was breakdancing but with a football and to the sound of Whitney Houston’s ‘I Have Nothing’. At one point he was up a lamp post with the football balancing on his foot. It was pretty amazing and when he did his dance, no one was looking at the Sacre Couer, all eyes on him! 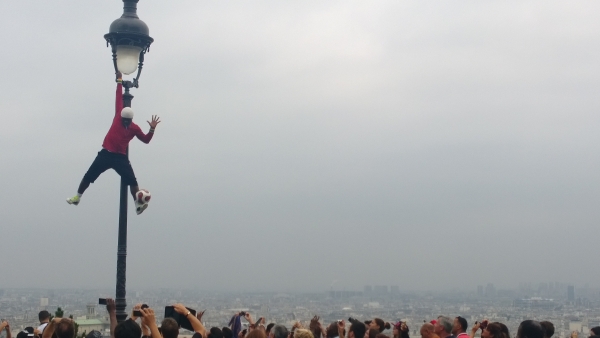 We went and played on the carousel, seeing as it was only €2 before taking a look around the shops and the chocolate museum nearby.
As our first Paris restaurant meal we went to Le Refuge des Fondues. I’ve been before and wanted to show my friends how awesome it is. You pay €21 and get a cheese or meat fondue – there were five of us so we had both – and get as much wine as you can drink while the food lasts. Oh, and the wine is served out of plastic baby bottles. It’s absolutely brilliant and really tasty. 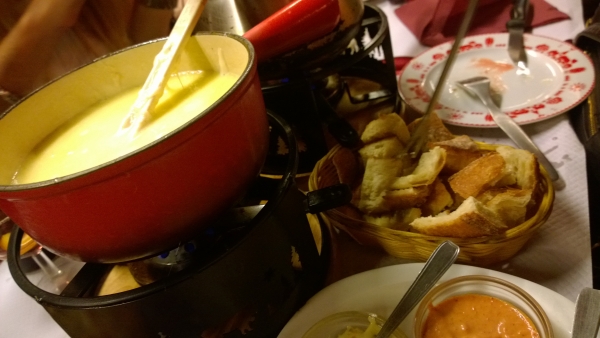 Stuffed and satisfied we waddled on to find a bar. We came across a brewery with a million different beers, unfortunately I only managed one, but it was a tasty blackberry one. In there we met some guys who decided they wanted to take us to see the ‘real Paris’. They took us to a secret speakeasy bar with live music and some really cool people. It was behind a retail shop that looked totally inconspicious. So good to have locals show you the real Paris! 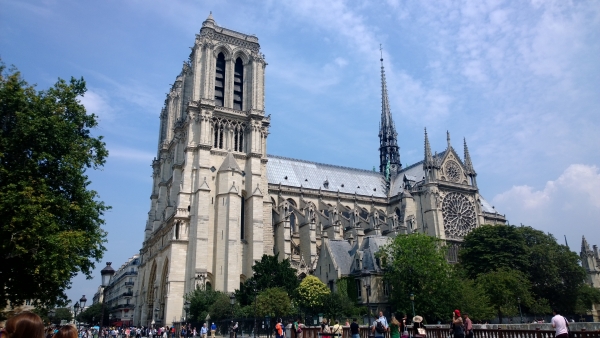 Today was spent in the sun recovering at the Paris Plage – a beach set up on the River Seine – and scoffing Croque Madams and chocolate crepes. Looking forward to going out for moules and frites tonight at one of the nearby restaurants. So much to do, so litttle time!