Hiking in the Cinque Terre

I’m spending the week hiking in the Cinque Terre in Italy. I’ve been here two nights so far and it’s been awesome. It’s so easy to get around on the trains, the people are friendly, there’s a great atmosphere and I’ve really enjoyed the hiking I’ve done so far. 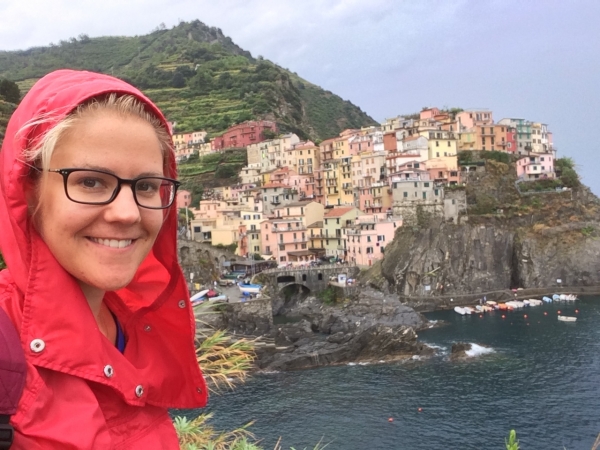 The weather was beautiful when I arrived on Tuesday, then when I woke up on Wednesday it was chucking it down. The thunder claps had been echoing in the valley all night and keeping everyone up. It was actually pretty cool. I was determined to climb though and stupidly went out in the rain, by myself as no one else was that stupid. I climbed up the huge steps of the mountains in my flimsy rain jacket poncho as the rain lashed at me and my glasses steamed up so I couldn’t really see anything. I was trying to get to Riomaggiore and was determined, but then I slipped on a step, nothing bad, but decided I should go back. No one knew where I was and no one would be out until the rain stopped.
So glad I did. On my descent the thunder started up again and I misjudged how much more difficult it would be to come down bearing in mind the slippy steps and not being able to see and all.
I waited for the rain to pass and then followed a path I saw a lot of people taking. Unfortunately it led to a closed gate, as that particular path was closed as it was dangerous. I still got some pretty cool photos from the bit you were allowed to walk on though.
Come noon and the day was brightening up. I got the train to Monteresso – one of the five villages that makes up the Cinque Terre – and had an anchovy lunch before finding the hiking route to Vernazza. I’d read it was a pretty simple one and was just 3km which would take about 2 hours. I had my bottle of water and I was in. 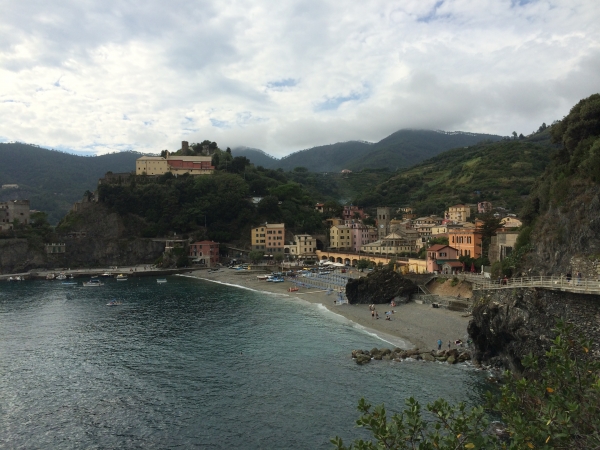 The first part was some killer steps, and my knee started clicking 5 minutes in and continued for the rest of the hike. That’s gonna hurt some time soon. Anyway, the terrain was varied – there were definitely some parts where I was out of puff and more than a few others where I was sweaty. Not as sweaty and unfit as some of the people I passed though so all good. 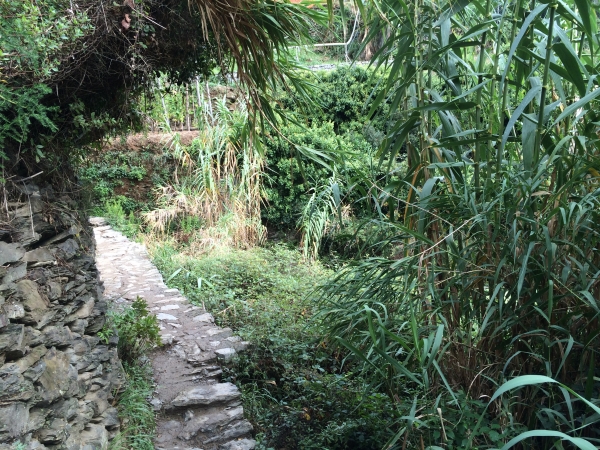 The views were incredible out to sea, straight in front and along the wine trail I’d happened upon. There are 25 markers along the route so you can count your journey down. The trails weren’t too busy, which is something I’d seen other people complain about, and everyone was really friendly in letting you past. 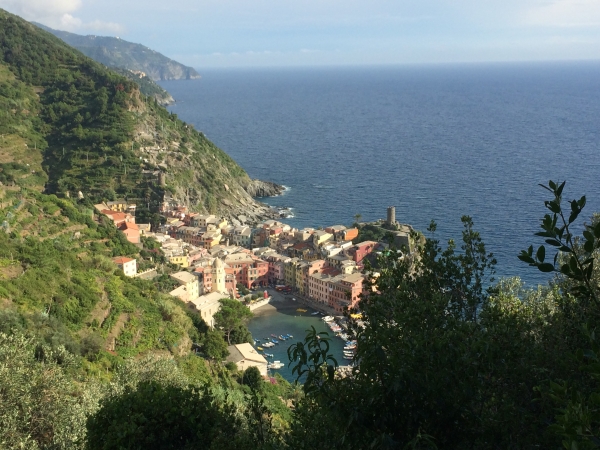 I was so excited to see Vernazza in the distance, and in just over an hour as well. I guess those guidelines are made for all the oldies I saw along the track. I was very proud of myself for my hour long hike, tagged onto the rainy hike I did in the morning, and treated myself to an ice cream for all my good work.