I’d just finished a summer at camp in New York and needed some sort of extreme adventure to get over having to be sensible and grown up for three months. Me and my friend wanted somewhere we could go crazy and act like kids, and basically just enjoy being 20.
We could have had our pick of the US, but we decided we wanted to recreate this Spring Break we’d heard about so much from the kids at camp. We decided to hit up Cancun in Mexico. Now this was no extreme adventure in terms of bungee jumping, sky diving or white water rafting, this was extreme in the form of partying, drinking, hanging out with locals and maybe a scuba dive for good measure. 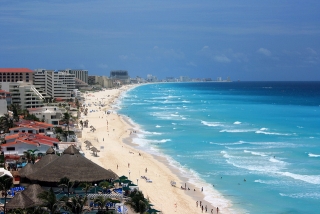 In Cancun they bring you a shot of tequila after every course, at least in the restaurants we frequented they did. Add this to some catch up drinking from a summer of (trying to) lay off the alcohol and we soon found we were partying hard.
On our second night we ended up being chosen to judge a hot man competition at Coco Bongo, which I’m still convinced was rigged. We attempted to secure a dodgy deal with one guy in return for a cut of the winnings, didn’t work. At least I still have the free tshirt for judging. We went to The City club and partied hard dancing on the bar while the acrobatics, gymnastics and general show fun which it’s so well known for went on overhead. We made our way round every club there was in our week of extreme (boozey) adventure. As for culture we made it to Isla Mujeras and even a scuba diving course, but to be fair, that was about it. 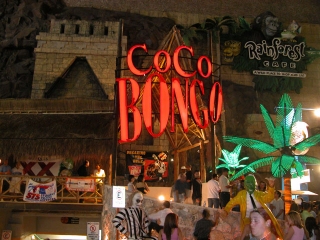 We made some friends in Senor Frogs, had a crazy pool party with the whole hotel back at ours and stayed out till sunrise to watch it flood the city with light.  I came back from that trip a broken person, and I definitely couldn’t and wouldn’t have that sort of holiday now, but back then it was the most awesome thing ever.