Last week I drove from San Francisco to LA along the Pacific Coast Highway, it was awesome. I was a bit nervous at first, given that I haven’t driven for about two years, and when I did it was a little Nissan Micra. Now I was cruising the streets in a Chevrolet Camaro Convertible. I know, flash git.
I have actually done the route before, see…
https://www.gapyear.com/articles/216212/13-incredible-stops-on-the-pacific-coast-highway

But this time I stopped at different places, which just showed me how many stops there are along the 500-mile route. So much to see and do!
I landed in San Francisco and along the way stopped at Pebble Beach, Big Sur, San Luis Obispo, Santa Ynez, Santa Barbara, Santa Monica and LA. It was a busy week. I went to Universal Studios, went wine tasting, went sailing, tried beer tasting, took a pedicab along Santa Barbara beach, went sand dune buggying in San Luis and stayed at the most luxurious place ever in the Big Sur – the Ventana Inn and Spa. 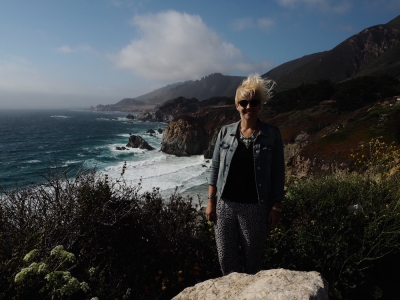 Driving the Pacific Coast Highway is a trip that could take as long as you want it to. I think two weeks would be the perfect amount of time as it would be enough to be able to go off course and check out some of the less famous, but equally awesome places (like Santa Ynez) but short enough to keep you entertained. It would also mean you’d only have to drive a few hours a day, rather than 5/6 which is what I was doing.
An America road trip is a dream for so many people but I don’t think it has to cost that much, especially if there are a group of you and you can share the cost of the car. My trip was quite expensive, but I definitely have some ideas to keep it cheap that I’ll write about soon.

Accommodation and food in the US can actually be pretty cheap, so it’s just the flight and the car you’d have to think about budgeting for. And if you get your flight at a good time, you can definitely get by on about £600.
There’s just something about America, I think it’s the fact that we’ve all grown up seeing so much of it on TV and obviously in our media we’re forced to care about it more than we probably would otherwise. I just find it so exciting.
My road trip was so good, and I loved everything I did there so much. I’m planning on going back again next year, but this time for longer. I want to go to the New Orleans Mardi Gras and then travel around to all the historical music places like Memphis and Nashville.
So much to do, so little time!