After reading AmberMarie’s advice on the message boards on here I decided to take a trip to Mount Zao to see the snow monsters up on the mountain. Of course it only seemed natural to combine this in with some skiing while I was there. Rude not to. 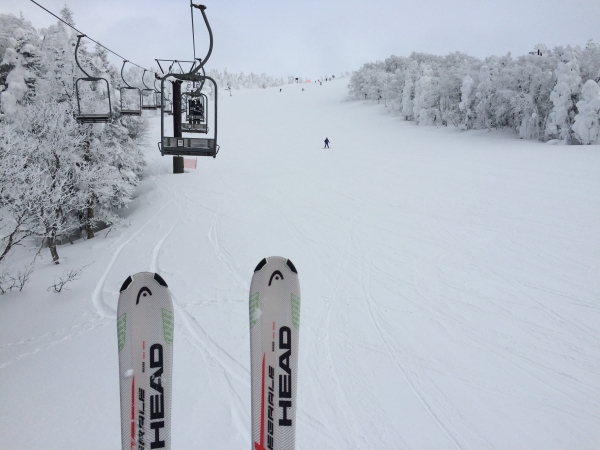 I got the shinkansen train from Tokyo to Sendai and then another local train up to Yamagata station. After staying in hostels and on the floor in Ryokans these past three weeks, nearly four, I’d booked myself into a cheap hotel. It felt like the most luxurious experience of my life: a proper bed, temperature control, my own space, my own bathroom and great Wi-Fi. I was in heaven.
And the hotel was only a five-minute walk from the bus station where you get the bus to the Zao Onsen ski area. Very happy with that choice.
So after a good night’s sleep I was up and ready to tackle the snow monsters. I sorted my ski hire from the first place I saw and made my way up the mountain. Amazingly it was ladies day on Thursdays so I got the lift pass for half price. 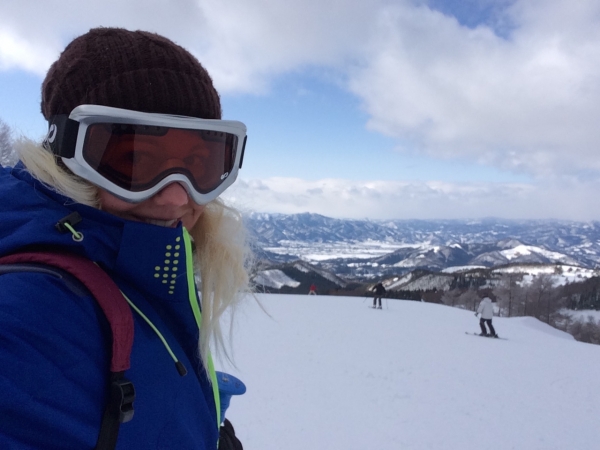 The snow was a lot icier here than where I’d been skiing in Nozawa a few weeks ago, making it more difficult to work my moves. I stuck to the green runs for the whole day – especially seeing as I was there alone. In Nozawa there’d been a lot of Australian families while Mount Zao seemed to be Japanese business man away day. I don’t think anyone wanted to make friends with me.
I made my way right to the top and quickly found the snow monsters, although I’ll admit it was by accident. At that point I was too busy concentrating on making sure I had everything and taking deep breaths at the thought of my first descent. I always get a little nervous when I just start out skiing for the day.
The first glimpse was when I was gliding over the famous snow monsters, the visibility was difficult up there so I could only see them when they were right in front of me. It was pretty magical. 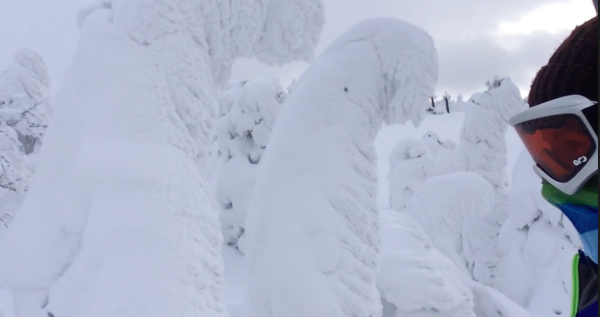 Once I’d cracked that slope after a few quick goes down it I decided to go up higher and see more of the monsters along the track. They looked so eerie, so creepy looming over the ski slopes like they did. I know it’s just snow on trees but I’m not surprised people came all the way out here on the Zao Ropeway to see them, even if they didn’t ski. The silence at the top of the mountain only added to the spookiness. I definitely wouldn’t fancy doing the night skiing that’s advertised everywhere – that’s for sure.
I spent the day cruising up, down and around the slopes, the snow monsters watching me all the time. I’d definitely recommend coming to Mount Zao for the day, although unfortunately the whole experience ended up being very expensive.
Return bus 2000
Lunch 1200
Ski and clothes hire 5500
Lift pass 3500
= 12,200 = £68.63! Wow!
So I only did it once.