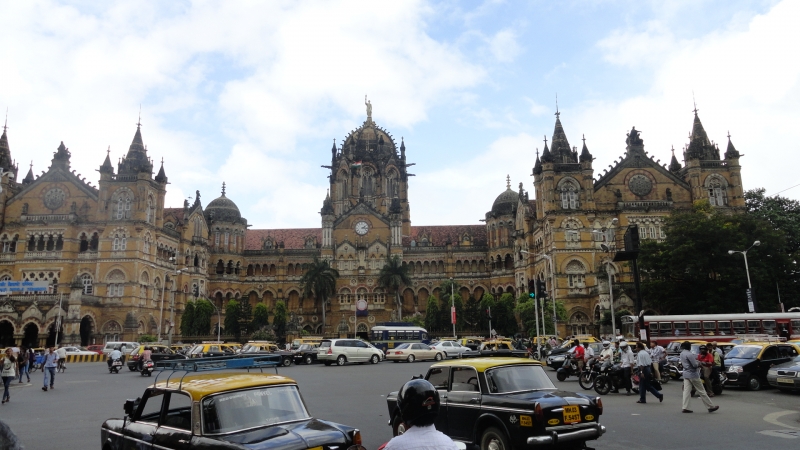 Madness in Mumbai
Wednesday 5th – Tuesday 11th
How do you even begin to talk about Mumbai? From its bold street kids to its austere colonial architecture, pockets of extreme wealth and seas of endless poverty, chaotic, traffic-packed streets, tree-lined avenues, bazaars and turbans, saris and hijabs, its music, coffee shops and street stalls – all of it pulsing, throbbing, racing forward in a dizzying whirl of colour and noise and survival.
We arrived on an overnight train from Delhi (a roaring success since our third-tier tickets entitled us to an almost constant barrage of complimentary meals, served on neat plastic trays and delivered to our laps at bewilderingly regular intervals) and by mid-morning we’d reached Mumbai’s central station and were winging our way across the heaving city, down the long peninsula which curves around Back Bay and finally into the infamous Colaba, Mumbai’s trendy waterfront district.
Our guesthouse had been my choice – on the third-floor by the seafront, less than 500m from the world-famous Taj Hotel and a mere 600 Rupees (£7) a night. Of course, a steal like this doesn’t come without a sacrifice or two – in this case the walls, sheets of cardboard erected to create two rows of tiny rooms separated by a corridor, stopping several meters short of the ceiling so that the place felt more like a large kennel than a guesthouse, per se. Nevertheless, I loved it – listening to the chatter and snores of the other guests floating over the partitions was a novel experience in camaraderie if nothing else, though it must be said, Luke took some convincing.

We had allotted a full week to Mumbai in the interest of getting the absolute maximum out of India’s most cosmopolitan metropolis – and enjoying the last seven days of our trip without the added thrill of another cross-country journey. It took us three days of exhaustive nosing around – punctuated by peculiarly immediate three-minute monsoons – but we’d soon covered the city’s main attractions. We began with a long walk down one of its main thoroughfares, Mahatma Gandhi Road, which starts by the Gateway of India (the huge archway commemorating King George V’s 1911 visit to India) then winds its way northwards, up the peninsula and past the former Prince of Wales Museum, the David Sassoon Library, University of Mumbai, Rajabai Clock Tower, Flora Fountain and St Thomas’ Cathedral, all beautiful Raj-era structures which tower majestically over the hustle and bustle of modern Mumbai’s pavements, somewhat surreally flanked by armies of palm trees. Then, as the peninsula begins to thicken into Mumbai’s more dense centre, you find yourself suddenly confronted by Victoria Terminus (renamed Chhatrapati Shivaji Terminus after independence but still referred to by one and all as VT), still looking every bit the colonial matriarch she once was.
To explore further north we took the local train (an almost carbon copy of the London overground which has snaked its way across urban Mumbai since 1853) and finally came upon the curious little alleys of Kotachiwadi, a tiny Indian-Portuguese neighbourhood where Catholic shrines and Jesus sculptures stand in stark contrast to the Hindu deities everywhere else. From there we headed to the nearby seafront where Girguam Chowpatty, Mumbai’s most famous beach, arcs across to Malabar Hill – an area supposedly home to some of the world‘s most expensive real estate, though the aging apartment blocks and odd chauffer driven car fell somewhat short of the glamour we’d expected. 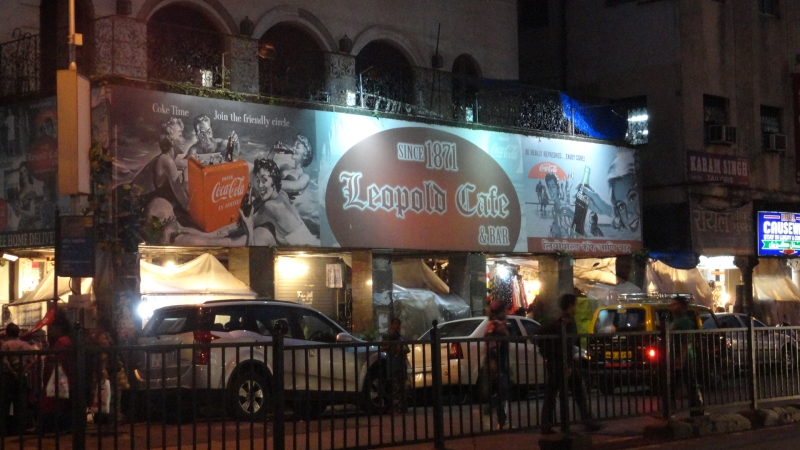 Needless to say, Mumbai was a gastronomic heaven after the swathes of ‘pure veg’ restaurants and tourist menus which had dominated our trip, providing such delights as Café Mondegar, Le Pain Quotidien and the legendary Leopold’s Café (its walls still eerily peppered with the bullet holes of the 2008 terror attacks) where we graciously ended weeks of involuntary vegetarianism with generous helpings of succulent seekh kebabs and chicken tikka.
We also spent a day in Bollywood. Now, in Mumbai – home to India’s booming film industry – it’s not uncommon for foreign tourists to be hired as extras which, after the owner of our guesthouse casually enquired if we’d be interested, was the position in which we found ourselves one blustery morning, outside an IMAX cinema which had been transformed into Mumbai’s Chhatrapati Shivaji International Airport amongst a gaggle of chilly twenty-something backpackers, some of them dressed as stewardesses.
This was a day unlike any other. Lights blared, directors screamed, costume designers communicated with endless ambiguous head bobbles (dressing us in western clothes almost identical to those we had arrived wearing – or, in my case, and for reasons no one could fathom, traditional Indian dress), while a famous actor rolled himself through the arrivals set in a motorised wheelchair and the foreign extras, now complemented by fake baggage, pretended to set foot in Mumbai for the first time…over and over and over again.
Our last days were spent exploring nearby Elephanta Island and its series of cave temples, carved out of the natural rock in the 6th Century and now UNESCO World Heritage Sites, scouring the local bazaars for appropriate presents, treating ourselves to a posh drink (in the Taj Hotel’s swanky Harbour Bar), a posh lunch and one last trip to the cinema, this time to see Ek Tha Tiger, the big-budget Bollywood movie of the moment (partly shot on location in Dublin, with entertaining results). 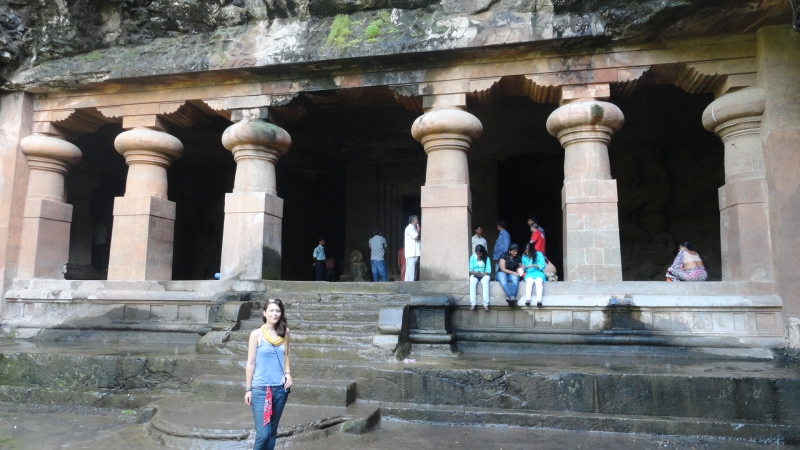 And then, all of a sudden, it was the middle of September and time to bid India – a country that all at once fills your soul, tries your patience and opens your eyes – a fond farewell. We set out for the airport through a driving monsoon in the darkness before sunrise, exhausted and elated in equal measure, dirty, full of stories and ready to go home.